And things about Diane Bonk 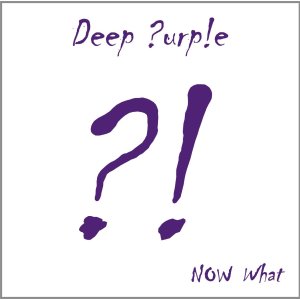 It’s always difficult for bands with decades of history to move forward in recording new material. They’re forced to walk a fine line between repeating themselves, and re-inventing themselves to such a huge degree that they no longer capture the classic sound for which they were famous. END_OF_DOCUMENT_TOKEN_TO_BE_REPLACED 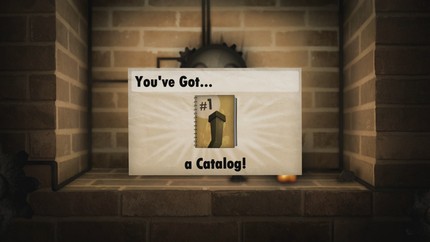 As a kid, setting things on fire was always an enticing taboo. Bad things can happen when open flame meets toys and household items, but so can good things. Melted and reconstituted G.I. Joes suddenly become mutant warriors from the primordial abyss, for example, and Burn Unit Barbie is always more entertaining than her normal-looking counterparts. In that same spirit, Little Inferno is a delightfully warped downloadable diversion that plays to your inner pyro. Even if the simple act of setting virtual toys ablaze and watching them burn isn't quite your thing, there's just enough game and storytelling backing it up to keep you glued to the flickering flames on your screen.

Some men want to watch the world burn. Others are content with just setting tiny objects on fire.

Set in an icy world full of dangerously dropping temperatures and constant snowfall, this kooky tale centers around a popular but amusingly ill-conceived piece of technology for kids: the Little Inferno Entertainment Fireplace. Produced, in a meta-twist, by the not so fictional Tomorrow Corporation, this device and its humorously demented in-game marketing video encourage kids to throw their toys on the pyre and bask in the glory of sparks, smoke, and soot. At first it seems there's not much else to the story as the fiery destruction gets under way, but little plot nuggets pop up when you least expect them, eventually spinning out into a satisfying but weird conclusion. You just have to burn a whole lot of junk to get there.

In essence, Little Inferno turns your TV screen into a virtual hearth, and it's here that the game's pyro shenanigans immediately suck you in. Using the Wii Remote or the Wii U GamePad, you hurl a medley of oddball objects into the fireplace and then direct your pointer to the screen to ignite them. You use your cursor to pick up and manipulate items you place in the fire pit. You can also turn it into a match, and there's something hypnotic about watching tougher-burning items start to smolder and smoke before erupting in flame. The fire physics and realistic flame behavior are particularly well done, and throwing more doomed goodies onto the pile is a fascinating delight. Indeed, the simple act of stacking and burning is mesmerizing, but that alone isn't enough to hold everyone's attention for long. Thankfully, there's more to this simple virtual toy than meets the eye.

Burning things occupies most of your time in Little Inferno, but unlocking new stuff to torch fleshes out the seemingly repetitive task with a puzzle-like progression element. Every item you burn spits out coins that you amass and spend on purchasing tons of goodies from seven different catalogs full of strange toys and gadgets. Digging through the many curiosities buried in the catalogs and reading their humorous descriptions is charming on its own. Silly nods to game culture and other indie games (Super Meat Boy,World of Goo) are sprinkled in with the creatively designed clutter. Many objects also have special properties or crazy behaviors that manifest when you burn them, which is fun to experiment with. Bombs explode. Toasters erupt in a spray of burnt bread. Spider eggs burst with creepy crawlies. Toy school buses peel out. Kernels pop from ears of corn. Stuffed critters squeal and freak out. You never know what to expect until you throw them onto the burn pile.

Once you purchase and burn something, you can reorder it, and buying items unlocks more objects in a given catalog. Pricier goods have a longer shipping time than cheapo items, but you can spend stamp coupons, which are dropped by some burnt offerings, to rush-deliver anything you've ordered. Shipping times and item costs help put on the brakes a bit to keep you from plowing through this already short game too quickly, but the combo system is what really makes Little Inferno's progression an addictive process.

To unlock a new catalog, you need to purchase everything in the previous one and accrue a certain number of medals. These medals are earned by burning certain combinations of objects together. For example, you might burn an alarm clock and a cup of coffee for their alertness-enhancing properties. While the clever names of the combos give you a hint as to how to achieve them, the real fun comes from experimenting to see which of the items you've unlocked might meet a certain criteria when burned together. This simple but effective puzzle system adds a greater purpose to your destructive endeavors.

Little Inferno's unique premise, addictive firebug tinkering, and creative presentation make it a neat diversion throughout the five or so short hours it takes to burn through it. Once you get started, it's easy to succumb to the instant gratification of buying and burning to your heart's content, but the nagging question of, "Is this all there is?" looms larger and larger as you progress. The subtle mystery of the storyline and the allure of accruing peculiar offerings for the fireplace help compel you onward, but it doesn't feel like there's quite enough content to justify the price tag. There's not much reason to stick around once the fire sputters out at the end, but Little Inferno burns brightly while it lasts.