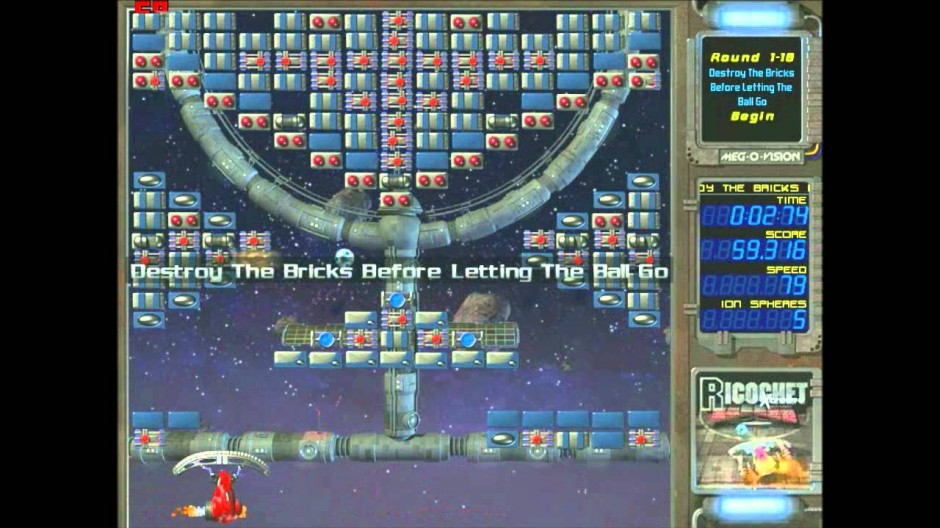 This game is part of Microsoft's Xbox Live Arcade package. It cannot be purchased on store shelves. Instead, you must order a free Live Arcade launcher. Games are then downloaded for a price over Xbox Live. This review considers both the unique gameplay aspects of this title and also its overall value for the requested price. You can download a free demo of this game over Xbox Live to test it out for yourself.

Are you a fan of Arkanoid? If so, Live Arcade may have the game for you. Ricochet Lost Worlds is, without a doubt, inspired by Breakout and Arkanoid. The main difference, aside from some better visuals (720p support!) and new power-ups, is the greater puzzle elements added. Many of the levels are very active. Instead of simply taking on a wall of destructible blocks, many will move around, making for a more difficult task.

Though the ball moves around a bit too slowly, even at its faster speeds, some of the moving puzzles are pretty inventive. It's not easy to die in Ricochet, so expect a long game. But don't worry, you can save and quit at any time, resuming play at a later date. When you do die, it's often a result of some rather touchy controls. Your floating blocker drifts one way or the other, forcing you to constantly manage its direction. While it's not as good as the classic Arkanoid, Ricochet does do some interesting stuff and will keep you occupied for a while thanks to numerous unlockable levels.